Attorney Brooke Girley is passionate about racial equality, education, her faith and combatting the marginalization of the most vulnerable in society.  As a result, after graduating from Duke Law School, started working at the firm as an associate for seven years before becoming of counsel.  As an associate she worked alongside her father to secure major victories in, including a jury verdict against Walt-Disney World.  She also  prevailed on an appeal in the Florida 5th District Court of Appeal in a First Amendment case.  She is a member of the Florida Bar Association, 11th Federal Circuit Court of Appeals, and the Middle District of Orlando.  Additionally, she was an adjunct professor in the Religion and Philosophy Department at Bethune-Cookman University, a Historically Black University where she enjoyed molding and learning from young minds.

While at Duke, Brooke was a Brian Stone Scholar and very active in her community, serving as Vice President of the Black Law Students Association (BLSA) and Community Service Chair of the Black Graduate and Professional Student Association (BGPSA). She also volunteered with youth in the correctional system, participated in her school’s AIDS legal clinic and was a Lead Editor for the law journal Duke Forum for Law and Social Change.

Prior to obtaining her law degree, she received her Bachelor of Arts from New York University as a double major in Religious Studies and Africana Studies.  She graduated at the top of her major for Africana Studies. In addition to her B.A. and J.D., Brooke earned her Master of Arts in Religion from Yale University where she studied Black Religion in the African Diaspora.  While at Yale she earned the prestigious honor of becoming a Yale University President's Public Service Fellow. 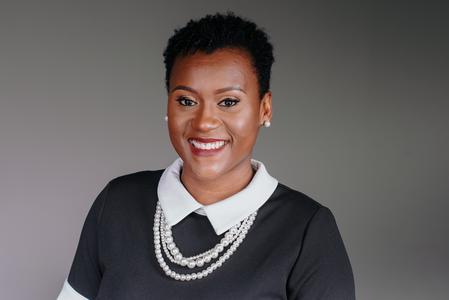