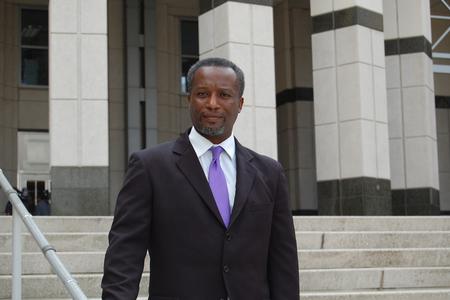 Jerry Girley grew up in Los Angeles, California.  He came to Florida in 1979 while serving in the United States Navy. After serving in the Navy he worked as a civilian employee for the Orlando Police Department for eight years. While working at the police department he also started studying to become a licensed minister of the Gospel. In 1987 he was licensed to preach the Gospel and from that time until the present, faith has played a central role in everything that he does.

Indeed faith influenced his decision to become an Attorney. In his view, the practice of the law is just another method, although a very powerful one, to extend his service to the community.  After becoming a minister and prior to becoming an Attorney, he devoted a large percentage of his time and energy to advocating for civilrights related issues. He has served on many community boards that championed the causes of the disaffected and historically marginalized of society. He was the Chairman of the Florida Committee to Preserve Civil Rights for seven years.  He served as a board member for the Center for Urban Leadership and Community Development. He served as a board member for the National Conference for Community and Justice. He served as a founding Co-Chairman of the West Orange Racial Reconciliation Task Force.

His experience and expertise as a civil rights lawyer have allowed him to serve as a commentator on television and radio, tackling current events such as the Trayvon Martin tragedy and police brutality. He has sat on various panels from Yale Divinity School to the Florida Agriculture and Mechanical University School of Law where he discussed issues of race, religion, the law, and their intersection. His advocacy work has led to his involvement in numerous community associations such as Paul C. Perkins Bar Association, where he served as the President, a past board member of the Florida Seniors Program, a founding Co-Chairman of the West Orange Racial Reconciliation Task Force, former Chairman of the Florida Committee to Preserve Civil Rights and a past board member of the National Conference for Community and Justice (Orlando Region).  Currently, he is the President and Managing Attorney of the Girley Law Firm, as well as the President of the National Center for Justice and Peace.  He is also a staff minister at Freedom Ministries Church located in Apopka, Florida and he serves as their General Counsel.